Lyme is a growing concern as many people will be working and playing outdoors not anticipating that they can fall suspect to the Lyme spirochete and the symptoms it can develop.

If you get bit by a tick and you’re able to catch it. It is best to keep the tick in some container to be tested later if you develop symptoms associated with Lyme. The symptoms I notice personally are written below.

Lyme disease is commonly misdiagnosed through standard blood test and it’s very rare many will pay out of pocket for the Igenex test because of its cost. This being said, many individuals will continue in their daily lives while the Lyme spirochete continues to create havoc and slowly causes the their body to develop multiple ailments not detected or understood by most doctors.

I’m  speaking from a personal experience having contracted Lyme as well as my children. I have worked on developing a treatment protocol that has benefited my entire family and we all live normal healthy lives without any side effects from Lyme. Our program at our office works on building up the body’s immune system with different wholefood nutrients, homeopathic remedies, and herbal compounds in a course of 60 days, which supports your body in fighting off conditions and symptoms associated with Lyme.

Lyme season runs from March through the first frost (usually end of November). Lyme is found all over, including Canada and Europe.  Lyme is transmitted to humans and animals through ticks, such as the Ixodes scapularis (Deer Tick) and Amblyomma americanum (Lone Star tick).  A small percentage of Dog Ticks can also carry Lyme.  All developmental stages of the tick can transmit Lyme. 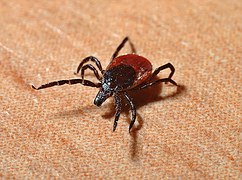 Female – has a small shield covering only the top 1/3 of its body. This leaves the rest of the body flexible so it can engorge with blood.  When the female feeds the shield is pushed forward.  The female takes a blood meal, mates, lays eggs, and dies.

Male – has a hard shield covering the full length of the tick. The male feeds for moisture, but cannot engorge.

Ticks are usually found in wooded areas, including tall grass, but they can be found in your own backyard. Rodents and deer usually carry the infected tick. Also, birds will use ticks as food and can drop the tick into your backyard, hair, etc.  Mosquitoes, wasp, and fleas may transmit Lyme, by biting an infected person, then biting you. Research on this is ongoing.

Signs and Symptoms of Lyme:

The most common sign of Lyme is the bull’s eye rash.  Some people get this rash, while others do not.  This is because of the type of bacteria the tick is carrying when it bites you.  Some other symptoms are flu-like illness, joint pain, brain fog or memory loss, headaches, chest pain, heart palpitations, Bell’s Palsy, MS, etc.

These are other tick-borne infections that can be contracted at the same time as the Lyme.

What to do if you get bit:

It is recommended that you get a blood test, regardless if it is negative or positive. If you are recommended antibiotics as a course of treatment you can still start our program in conjunction with your treatment.

Our program works on providing a foundation in building up the body’s immune system with different wholefood nutrients, homeopathic remedies, and herbal compounds which supports your body in fighting off conditions and symptoms associated with Lyme.

The sooner we can catch Lyme, the quicker your body will be able to get rid of it.  Call our office to schedule an appointment or to discuss protocol suggestions for Lyme disease.

Phase I: Unlock – preset body and focus on waste removal systems (Digestive, liver through the colon).

I never thought it would happen to me

I personally contracted Lyme disease in the summer of June 2004, and not knowing what all the symptoms were and the lack of information available on the subject, I thought I had the flu, based on my symptoms. As a chiropractor, my treatment protocol included chiropractic treatments, homeopathy, and treatment using a muscle stimulation machine for the tightness I was feeling between my shoulders. I thought the tightness along my spine originated from the log pile I had moved a few days earlier, but as time went on the pain became so intense that I knew something was very wrong. 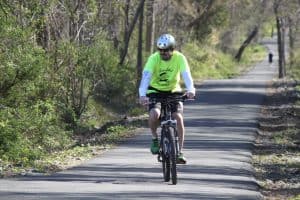 My diagnosis of having flu like symptoms got progressively worse and I started having depth perception problems when reaching for objects. My brain, eyes and body felt disconnected. Holding my head upright became exhausting as shooting pains ran up and down my spine.  A rash in the shape of a bull’s-eye started to appear on the inside of my right thigh within 24 hours. There was no itching of the rash, it wasn’t raised like a spider bite, just excessive heat in that area, but with the flu like symptoms and loss of depth perception, pains along with the bullseye rash, I concluded that I had contracted Lyme.

At the time the only treatment know was antibiotics in the medical community as many doctors didn’t know enough about this type of infection. Thinking in and outside of the box I used a combination of treatments that included antibiotics and alternative treatments (herbs, colloidal silver, homeopathics, and nutrients). Within FIVE days I was almost fully recovered and continued to treat myself alternatively for the next 6 months. I didn’t want to develop any of the lingering side effects from the infection which I had studied.

We have found and tested a natural treatment protocol created to focus on different areas systems in your body by working on drawing out these bacteria that lie dormant in your body which may be causing your current or continued symptoms related to Lyme disease.

The treatment consists of nutrients, herbs and homeopathic remedies to open up drainage pathways in your body’s systems allowing the toxins and bacteria to be purged from you over a period of time.

If you would like more information on this treatment program, contact us to set up a private phone conversation or schedule an appointment (BagnellSolutions@gmail.com).

Be advised that these suggestions are not intended as a primary therapy for any disease. The intent is to support the normal physiological and biochemical process of the human body. Dietary supplements used for nutritional purposes only and are not intended to diagnose, treat, cure or prevent any disease.